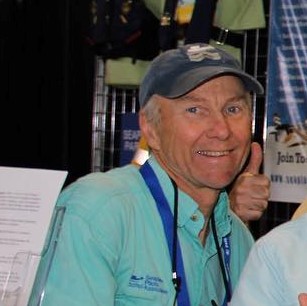 Chairman of the Board

Stephen Williams started flying 40 years ago, adding Commercial and CFI certificates and accumulating 6700 hours of PIC time, primarily in tailwheel aircraft and seaplanes. He currently flies a Cessna 185 on amphibious floats along with his wife, Lisa Reece, who holds a Commercial certificate with seaplane rating and heads up the Maine Aeronautics Association, a grass-roots pilot’s organization serving Maine and New England. Traveling extensively by seaplane, he can be found supporting the seaplane community from Oshkosh to Sun ‘n Fun. In addition, Steve currently serves on the board of Greenville’s International Seaplane Fly-In. 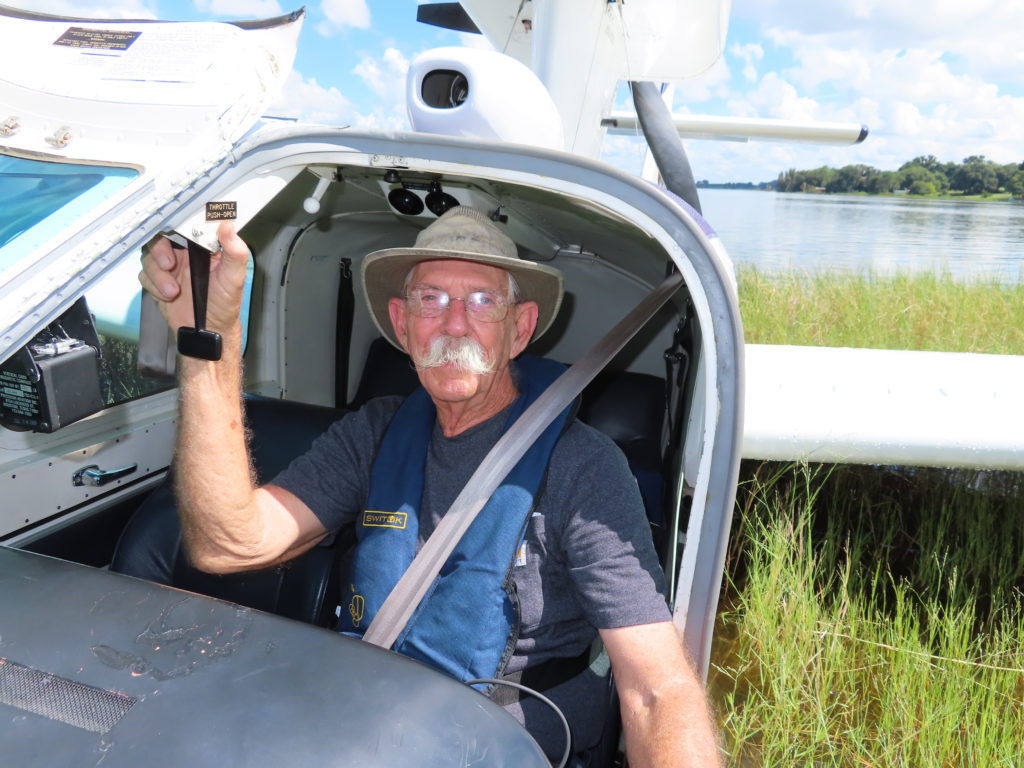 Harry attended Spartan School of Aeronautics in Tulsa, OK, where he received his A&P certificates in March of 1967. In June of 1971, Harry and his wife Cathy graduated from Nicholls State University with BS degrees. Harry achieved his SEL in October 1971. After being college sweethearts, Harry and Cathy married in August of 1972. That same year, they opened the doors of Shannon Aircraft, Inc. in Houma, LA. For 15 years, Shannon Aircraft maintained and serviced Cessna 180 and 185 straight-float and amphibious aircraft that serviced the oil industry in the inland waters of Louisiana and the Gulf Coast. In the fall of 1973, Harry acquired his FAA IA authorization and, in December of 1979, his SES rating. His instrument rating came in December of 1984, along with his commercial SES and SEL. In January of 1987 Harry and Cathy sold Shannon Aircraft and went to work for Lake Aircraft, Inc. in Kissimmee, FL, servicing and learning the maintenance ins and outs of Lake aircraft. In September of 1991, Harry’s genetic defect of desiring self-employment took over, and he struck out independently, forming Harry Shannon dba Amphibians Plus. Cathy joined him in June of 1992. The company moved to the Bartow Airport in June of 1994. In October of 1999, Harry was awarded the prestigious FAA U.S. Aviation Maintenance Technician of the Year award. In May of 2000, he was awarded the Professional Aircraft Mechanics Association (PAMA) Award of Merit. He got his MEL in 2001 and his Flight Instructor Certificate in Nov 2007. In 2013, he was recognized by the Seaplane Pilots Association for his “personal commitment and passion for protecting and promoting the water flying community”. He currently serves on the board of both Seaplane Pilots Association and the Seaplane Pilots Association Foundation. 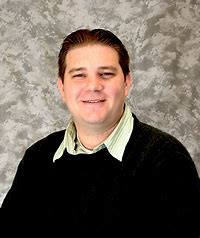 Chuck Wiplinger is the President and Chief Operations Officer of Wipaire, Inc. As the third generation of the Wiplinger family to lead Wipaire, Chuck’s background is deeply rooted in aviation. Ben Wiplinger, Chuck’s grandfather, founded the company in 1960. Chuck’s father,

Chuck’s involvement at Wipaire dates back to 1996, when he began working part-time in

high school under A&P Mechanics. In 2003, Chuck graduated from the University of Minnesota with a bachelor’s degree in aerospace engineering and joined Wipaire full-time in the engineering department. He has served as the Vice President of Engineering and rose to the position of Executive Vice President in charge of operations. In January 2011, Chuck was elected to his current position as President and Chief Operations Officer. In October 2011, Chuck was elected to the Board of Directors of GAMA, the General Aviation Manufacturers Association and currently serving as chair of GAMA’s Technical Policy Committee.

in developing “Practices in Preserving and Developing Public-Use Seaplane

Transportation Research Board of the National Academies.

Chuck is an active pilot who has been flying since 1996. He has accumulated over 2000 hours of flight time in both powered aircraft and gliders, and is a commercial pilot with 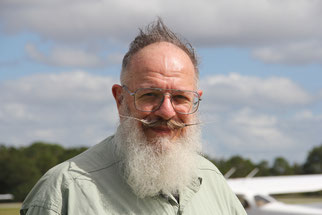 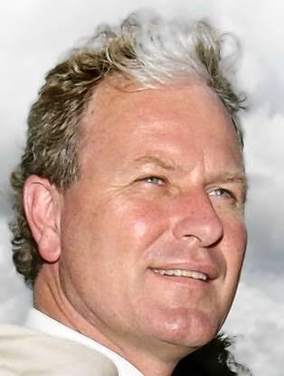 John Drury ICMA-CM, AAE is an Accredited Airport Executive and Credentialed City Manager for Tavares Florida – America’s Seaplane City. He earned his Bachelors of Science degree in Airport Management from the Florida Institute of Technology. John holds a private pilot’s license and during his career as an Airport Manager flew the state aircraft for the Vermont Agency of Transportation to get to the ten (10) General Aviation airports he managed for the Agency as well as the Collier County Aviation Authority’s Aircraft in Naples Florida to get to the three Airports he oversaw in Southwest Florida. Over the past 30 years, his Airport Management profession had him managing the three General Aviation reliever airports for Tampa International Airport, the three GA airports for Collier County Airport Authority, the New Bedford Regional Airport in Massachusetts and the ten (10) Vermont GA airports. His City Management profession had him managing the Town of Stowe, Vermont “The Ski Capital Of the East” and most recently America’s Seaplane City in Central Florida’s Tavares – home base for the Searey seaplane manufacturing plant and Jones Brothers Seaplane Adventures. John is credited for creating the seaplane base and marina in Tavares and in 2014, served on the National Academy Of Science, Engineering and Medicine’s eight (8) member panel alongside SPA’s Executive Director for the Airport Cooperative Research Board, to study the development of seaplane facilities in the United States. He also established and maintains the website BLOG www.seaplanestories.com a continuing collection of seaplane stories. He is married to his wife Jo-Anne and they have five children. 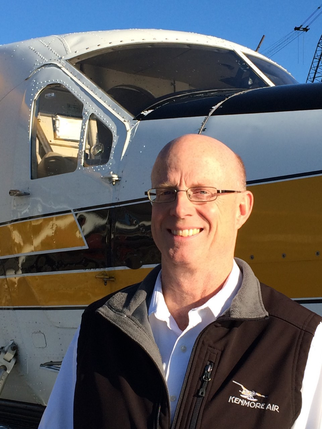 Born and raised in Seattle, John Gowey is the Director of Operations for Kenmore Air

Harbor, the largest commercial seaplane operator in the United States.

John grew up a mere two miles from the Air Harbor, and enjoyed exposure to aviation at an early age. When he wasn’t out in the back yard watching seaplanes go overhead, John would regularly ride his bike down to the Air Harbor to observe the busy summer traffic, and once in a while he was lucky enough to go for a seaplane ride.

John earned his journalism degree from the University of Washington in 1985, and began work on his private pilot’s license soon after. He began working for Kenmore Air in 1990, first on the line crew and then as a flight instructor. John became a company line pilot in 1992, flying scheduled and charter seaplane flights throughout the Pacific Northwest and Western Canada in De Havilland Beaver and Otter aircraft.

John served as Chief Pilot for Kenmore Air from 2003 until 2012, when he was appointed to

his current position as the company’s Director of Operations. Still an active line pilot, John has logged over 16,000 hours of seaplane time, and remains both a company check airman and an FAA industry check airman. He is also an active instructor, and has recently helped train new seaplane pilots in Japan. 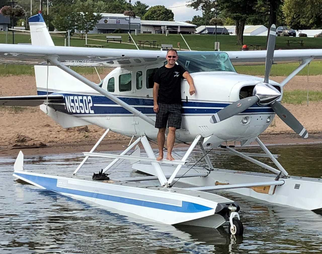 Steve is the President of the Minnesota Seaplane Pilots Association. Over the past four years he has served on the MSPA board in various positions. Steve is dedicated to protecting access to waterways, pilot proficiency and encouraging pilots to obtain seaplane ratings.

Steve earned a Bachelor Degree in Mechanical Engineering from North Dakota State University and a Master in Business Administration degree from the University of St. Thomas in Minneapolis. His career in Aerospace began as an engineer which lead him to his current role as Director of Business Development at Aero Systems Engineering, INC. in St. Paul, MN.

Steve’s passion for aviation developed at an early age. Steve obtained his private pilot certificate in 1998 and is now a Commercial pilot and Flight Instructor (CFI, CFII, MEI) actively teaching in single engine land and sea and multi engine land planes. Steve is an American Bonanza Society Beechcraft Pilot Proficiency Program (BPPP) instructor as well. He has accumulated over 2,000 hours of flight time.

Steve obtained his seaplane rating following in his wife Kjersti’s footsteps. Together they quickly found that seaplane flying is the ultimate flying adventure. They are SPA Lifetime Members and dedicated to expanding the seaplane pilot population. Steve lives in Lakeville, Minnesota with his wife and two children. They own a Beech J35 Bonanza which they fly throughout the country for personal travel. 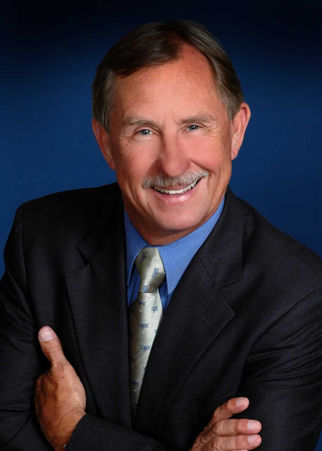 John “Lites” Leenhouts, CEO and President of SUN ‘n FUN Fly-In International and The Aerospace Center for Excellence located in Lakeland, Florida, is a 27-year veteran of the United States Navy with a distinguished record of service as a carrier fighter pilot. Lites passion for aviation has spanned over nearly 5 decades from hitch hiking to his first airshow as a young kid to retiring from the United States Navy in 2001 as the Commodore of the Strike Fighter Wing Atlantic. Lites holds the distinction of being the most experienced US Naval aviator of all time having successfully completed 10 major deployments and achieved 1,645 arrested carrier landings.

After his retirement from the Navy, Lites worked for over 10 years for the Northrop Grumman Corporation. He created a successful, teaming arrangement with the Boring Corporation to modify, repair and overhaul all variants of the F/A-18 Hornet and Super Hornet.

“Lites” became the CEO & President of SUN ‘n FUN, Fly-In, Inc. in 2011 and steered the corporation to new heights that most could only dream of. Forming and guiding the SNF team, he drove he organization to become debt free for the first time in over 4 decades. Additionally, Lites has founded and molded the Aerospace Center for Excellence, a subsidiary of SNF whose mission is to populate the aviation industry with aerospace professionals.

Lites and his wife Nancy enjoy flying in their 1930 Waco or 1964 Piper Comanche, driving antique British cars, or riding their Harleys on the many back roads of our great nation. 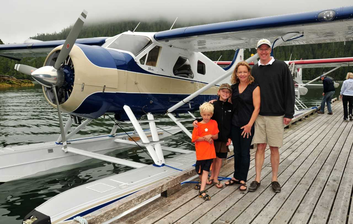 Stephen completed his Bachelor of Science in Mechanical Engineering at California State University Northridge in 1985. Upon graduation, he worked at Accenture in computer science. During that time Stephen specialized in artificial intelligence,

aerospace and lean manufacturing. He went on to work in the software industry and currently is a managing partner at OrderPort, LLC, which provides point of sale software for wineries to manage all their sales and distribution channels. Stephen serves as President of the Washington Seaplane Pilots Association. He is instrument rated and flies an amphib DeHavilland Beaver out of Boeing Field. Stephen began his association with the Washington Seaplane Pilots while working to successfully preserve float flying at Ross Lake in the North Cascades National Park. Later he helped lead the effort to preserve float flying to Lake Whatcom in Washington State. Stephen and his wife, Kristie, have three children: Katharine, Nils and Peter. They make their home in Seattle, Washington and enjoy boating, flying and skiing in the Northwest. Stephen is also a leader in their local Boy Scout troop. 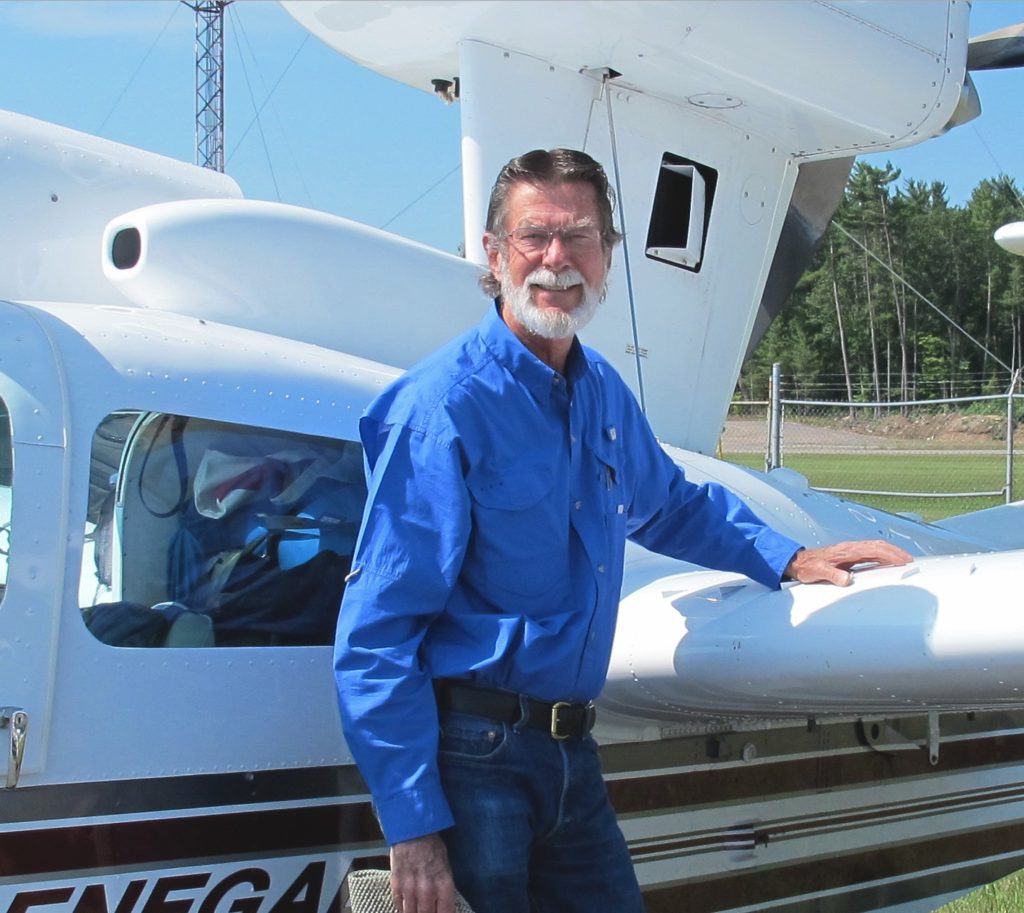 Ed has led a life characterized by business success, extreme adventure, and a devotion to volunteer involvement. A civil engineering graduate of U.C. Berkeley, Ed’s professional career spanned structures engineering, project engineer for a Chilean mine, and commercial office developer.

He has crossed oceans in sailboats, including a 50-foot ketch that he built. He has authored several magazine articles, including for Water Flying magazine, and has produced numerous films and videos with aviation and environmental themes.

Ed flew a Lake Renegade for 28 years, travelling to the Arctic and around most of Canada, the U.S., Mexico and the Caribbean. He has built and is flying two AirCams, one of which is used for taking water samples in New York’s Adirondack Park and to film landscape community types for the Northern Forest Atlas Foundation.

His extensive volunteer activity includes work in medicine, education, the arts, the environment, and aviation. He chaired the Seaplane Foundation from 2009-2012. 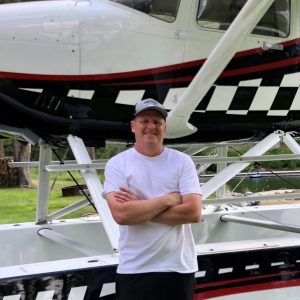 Matt Sigfrinius is General Manager at Aerocet, Inc., the Priest River, Idaho, manufacturer of composite-construction straight and amphibious floats. Matt grew up in Arlington, Washington, where Tom Hamilton was building Glasair kits for customers. At age 15 Matt began working evenings and weekends at Glasair, and the relationship has continued uninterrupted. When Hamilton began building composite floats in the early 1990s, Matt was his only employee. He has held just about every job at Aerocet including research and development of laminate construction, developing the vacuum infusion process that Aerocet uses to build floats, building molds, building floats, and worldwide sales. Now he oversees a staff of about 50.

Matt is a certificated pilot and holds a seaplane rating.

STAY UP TO DATE WITH THE SEAPLANE PILOTS ASSOCIATION